In Conan Exiles, you have been nailed to a cross as a new exile. On this cross, you can create your character, which serves as an avatar in Conan Exiles. A distinction is made between 14 peoples, all of whom are from the Universe of Robert E. Howard. After the choice of the people, a basic face, the hairstyle and the skin color, the character can be adapted in detail. There are hardly any limits to one’s own imagination, since, like with the other large roller games, the properties can be changed very detailed. Even the “equipment” of a man is not spared. 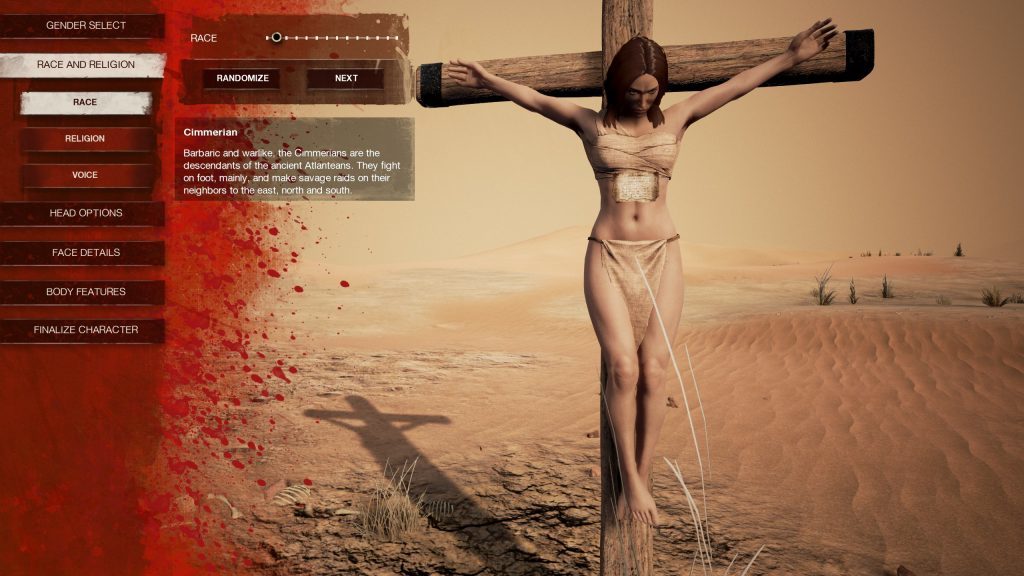 As soon as the character complies with your own ideas, the background story of the character is generated. Three points are selected from a list of crimes which have led to the crucifixion. Here, some crimes are much more humorous than others.

Once this is done, you will be freed from the cross and will now be free to move, kill, build, collect, and survive through the world of the damned.