There are different creatures and animals in the world of Conan Exiles, not all of them are called peace-loving. Some warriors have set themselves the task of hunting these monsters and collecting resources from their bones.

As a new hunter, it is recommended to first hunt the monsters near the evergreen river area. These are generally regarded as peace-loving and give outstanding beasts of prey. Here animals like shalebacks and rabbits, which serve as a source for bones, flesh and fur. The skin of the animals can be tanned to leather, which are used again for armor of all kinds.

Where there are peaceful animals, however, other hunters still wander around. Crocodiles can be expected in the river area, which often bring premature death to new warriors. Likewise, nimble devils and people disfigured to the point of being unrecognizable are likewise in search of their next victim. So be always vigilant.

From the river in the north is a very lush vegetation, which is home to many other creatures. On these grassy surfaces, antelopes and gazelles jump around, which, however, quickly take flight and therefore represent a difficult prey. These preys are also liked by hyenas, which stand as your enemies in the way and gladly chase in packs.

In the interior of the country most of the animals are rhinoceroses and ostriches. Rhinos are peaceful, but by no means harmless animals, which can do great damage with their horn. 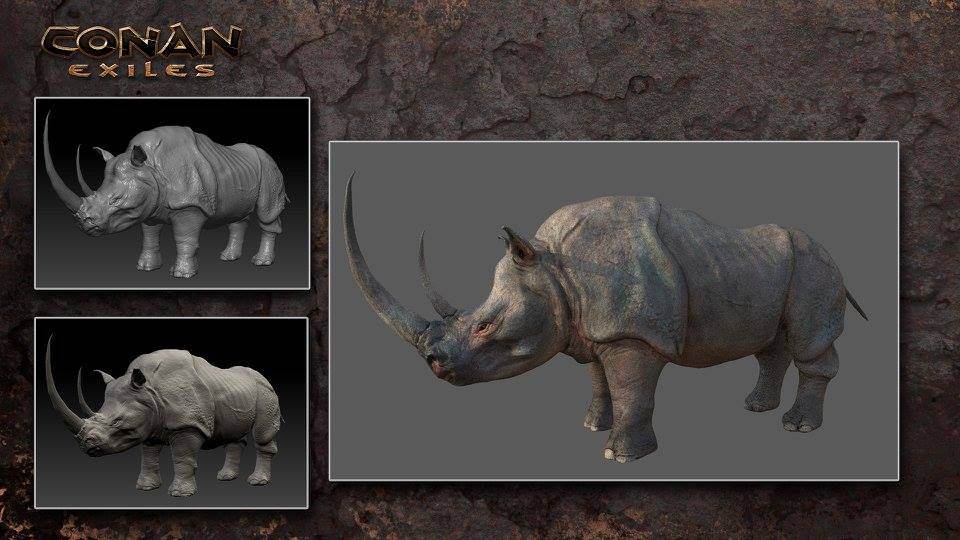 The general rule for the danger of an area is: the further north, the bigger and more dangerous the animals. In the sandy areas mainly spiders and scorpions are at home, who aggressively attack everything that comes too close to them. The hunt for such monsters is also very worthwhile, as these provide particularly valuable materials. Especially the large grasshoppers, called sandreapers, provide the ingredient for some of the deadliest poisons.

In the center of the desert is to be reckoned with changing death. Here is the nameless city, which a long time ago an ancient people has resided. This, however, was corrupted by blasphemous spells, which gave them a long but very dead life. Warriors of the ancient times walk through the city with their weapons, while skeletal lizardmates are waiting for you around. To make things even worse, bats circle over the city, which attack every living creature. Rumors even talk about dragons and molten beasts, which have hidden great treasures …